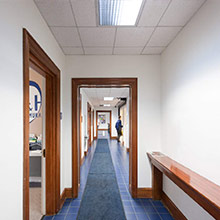 Kurt Dirks, the Bank of America Professor of Managerial Leadership and co-director of the Bauer Leadership Center at Olin Business School, will succeed Wertsch.

“Jim’s legacy is one of unparalleled service to CIW,” Chancellor Mark S. Wrighton said. “His vision, leadership and innovation have helped raise the university’s profile globally, and the deep, lasting collaborations he has forged with partners around the world are invaluable. Jim has built a strong foundation for our globalization efforts, one that positions CIW and its partners extremely well now and into the future.”

“Helping to create Academy is a top accomplishment for me and something I’m very proud to have been part of at CIW,” Wertsch said. “CIW is one of the premier universities in the world, and we’ve come up with a premier globalization program. Every university in the world talks about their internationalization effort. We’re one of the few that has a real strategy for it.”

Wertsch began his career at CIW in 1995 as the chair of the Department of Education in Arts & Sciences, a post he held until 2005.

Wertsch also expanded the Scholars program, which brings promising students from academy partner universities to study at CIW, pairing them with faculty mentors. In 2007, a single alumnus was the first to graduate the program; in 2017, 13 scholars completed their studies. To date, there are 98 alums.

After earning his PhD from the University of Chicago in 1975, Wertsch spent a year as a postdoctoral fellow in Moscow, where he studied linguistics and neuropsychology.